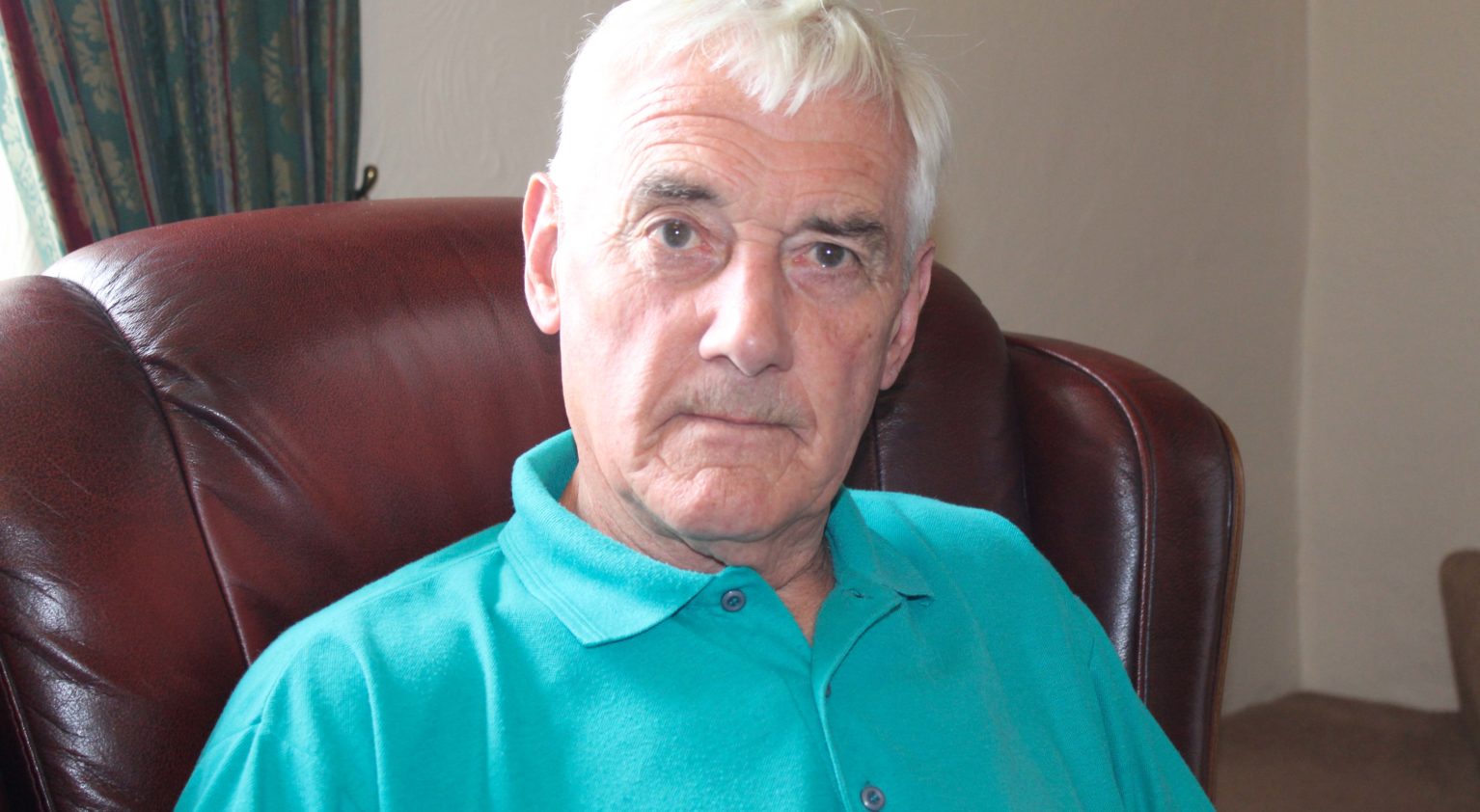 A Mansfield man has thanked a hospice who helped him fulfil his friend’s dying wish by allowing him to be cared for at his home with his friend beside him.

When Steve Bowell learnt his good friend of 50 years Bob Gaydon had just weeks to live he had no hesitation in taking him into his own home and caring for him until he died. It also meant Steve could keep his promise of being with Bob until the end, holding his friend’s hand as he took his last breath.

Bob, a former butcher who also worked in the motor industry and traded antiques, met Steve, a motor trade engineer, back in Sheffield in the 1970s. They became great friends, sharing many interests including shooting and angling and regularly went on fishing holidays to Scotland.

Bob, 76, whose partner Margaret was herself dying of cancer, started experiencing weakness in his legs in May, which he put down to a hernia operation he’d had two months earlier, but Steve suspected something more serious.

He said: “I could see a change in him. In the weeks since his hernia operation he aged decades. I took him to hospital for tests and that afternoon we got the diagnosis of metastatic malignant melanoma. The consultant said he could have six hours, six days or – if we were lucky and got him onto radiotherapy straight away – six weeks.”

Bob could no longer look after his partner because he needed care himself, so Steve, 74, took him to his house in Cuckney, Mansfield, where they had a hospital bed brought into the living room for Bob.

Steve said: “He didn’t want to die in hospital. It’s not a nice place to die. I promised to stay with him and to be with him to the end.”

Bob’s consultant put them in touch with Nottinghamshire Hospice who initially provided care once a week to allow Steve to go shopping, but when Steve was admitted to hospital after complications to routine surgery, the hospice stepped up support to 24-hour care.

“After that we had nurses here every night right up to him dying. They were absolute angels. I’m very, very pleased we kept his spirits up right to the very end,” said Steve.

“He was terrified of going into hospital and I promised him I wouldn’t let that happen. I kept all my promises. Without a doubt we couldn’t have carried it through without the hospice support.

“We’d been good mates for the best part of our lives so it wasn’t a difficult decision to bring Bob home with me. It was a very intense time but I don’t regret it. I wouldn’t change anything. It was very humbling but also gratifying.”

Jo Polkey, Director of Care at Nottinghamshire Hospice, said: “I am so pleased we were able to step in with Hospice at Home support so that Bob could stay at Steve’s home, avoiding the need for a hospital admission.

“At Nottinghamshire Hospice we aim to meet the needs of patients and their carers so that where at all possible patients can die in their preferred place.”

As part of the joint End of Life Care project NHS, bereavement and hospice organisations are working together to provide a single point of access to deliver care for patients and their loved ones at the end of their life.

Deb Elleston, Lead Nurse for End of Life Care at SFH, said: “It’s great that Nottinghamshire Hospice was able to support Steve care for his friend Bob. Our service wants to give everyone in Mansfield, Ashfield, Newark and Sherwood the opportunity to die with dignity and respect in a place of their choosing.”